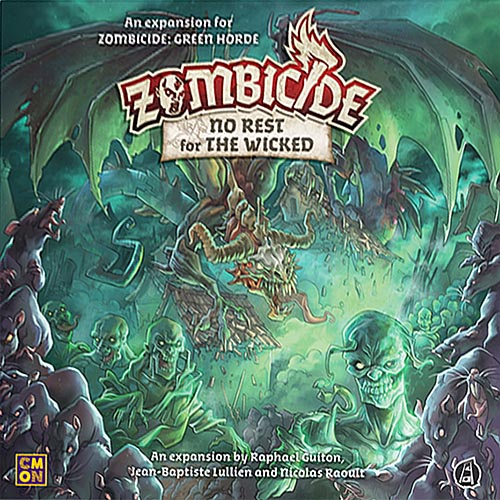 Zombicide Green Horde No Rest for the Wicked

The zombie plague is not limited to just humans and orcs. All manner of creatures are succumbing to the vile disease and launching an assault against the living. The rats that form into undead swarms are bad enough. Then there’s the ghostly Spectral Walkers that are only damaged by magic. But when there’s a zombie dragon to deal with, that’s a whole other category of terror! To take that out, the survivors are gonna need a bigger crossbow.

The Green Horde: No Rest for the Wicked expansion gives players several new horrors to face during their games of Black Plague. It contains a huge Necromantic Dragon, as well as Spectral Walkers, and swarms of zombie Ratz. Thankfully, there’s some new weaponry they can use in the form of the Ballista. They’re gonna need it!**This is an expansion.

The Zombicide: Green Horde Core game is required to play.